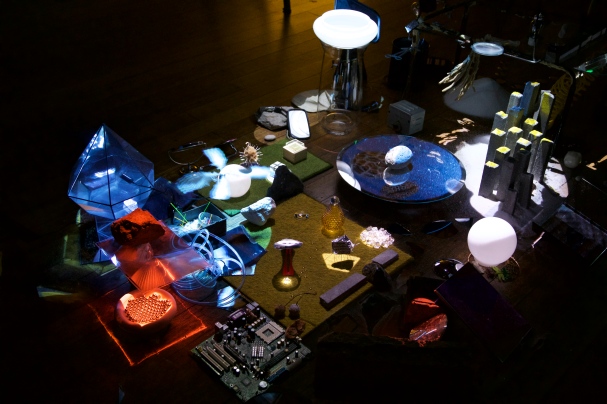 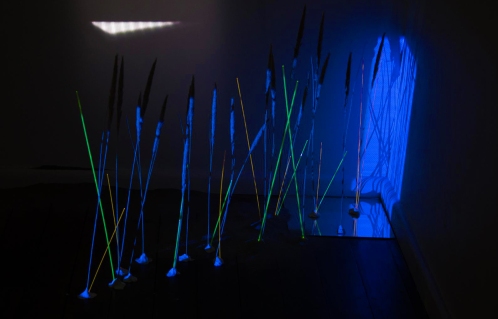 Jerry on the Katabatic Wind was created with technical assistance from artist and lecturer Bill Hart, Morgan Hart, and with sound created by musician and composer Leni Philippe-Janon.

The animations in Jerry on the Katabatic Wind are driven by a small weather station that was set up outside near the gallery space. Control has been given, in some part, to non-human influences; to the natural elements of the weather, and to the mechanical processes that translate the real-time weather data into behaviours for the animation.
If it’s raining outside there might be an increase in mosquito-like forms, or unseasonably warm weather might manifest an algal bloom. The animations and installation are in a state of flux, presenting viewers with an ever shifting experience of the work.
The title refers to the Bridgewater Jerry; a local nickname given to a snake-like fog formation above the Derwent River in Hobart. The Katabatic winds flowing down from the surrounding hills are responsible for creating the phenomena.