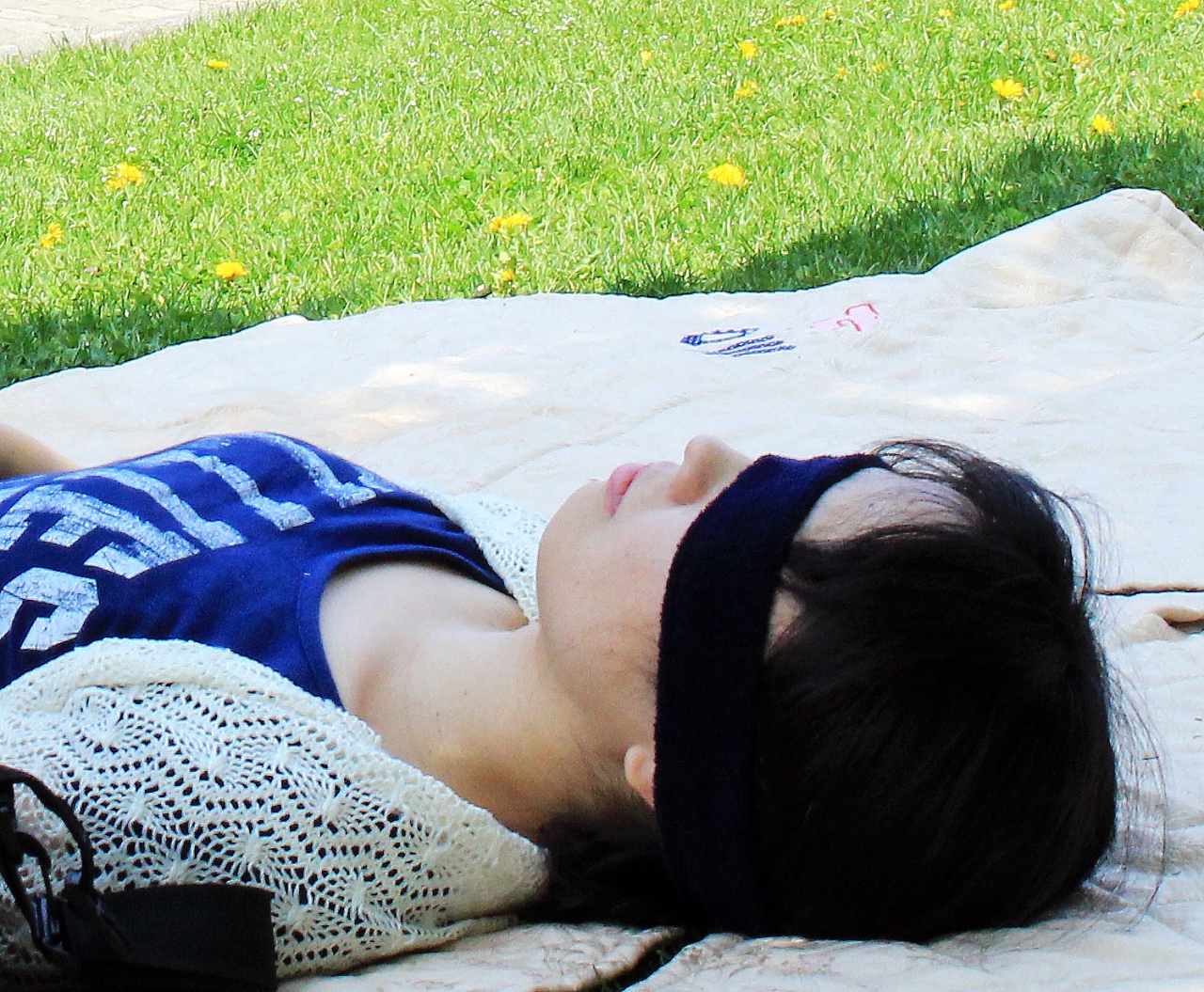 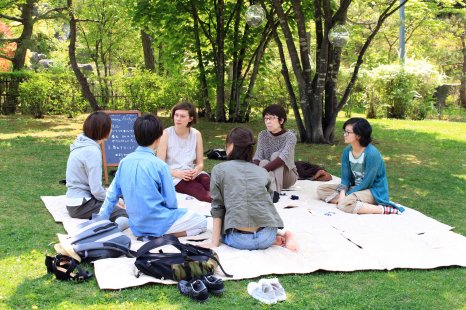 Listening Party 2016. Inspired by insect listening parties (mushi–kiki kai) popular during the Edo period. This poetic pass-time is brought into a modern soundscape. Participants are encouraged to actively listen to the relentless noise of human technology usually masked by our selective hearing, amid the “natural” sounds of wind and birds. Held in the parks surrounding Tenjinyama, passersby were invited to participate by wearing blindfolds and either lying down or being led through the park.

Sounds of Hokkaido, 11 mins
During my stay at Tenjinyama, I recorded various elements of the Hokkaido soundscape; from the myriad of birds that visit the studio grounds and the bustle of Sapporo city, to the volcanic vents and mud geysers of Akan National Park.  The sounds are cut together from over fourty hours of recordings. They trace a journey through time, space and habitat, while encouraging the act of active listening.

This project was supported by AsiaLink and Arts Tasmania