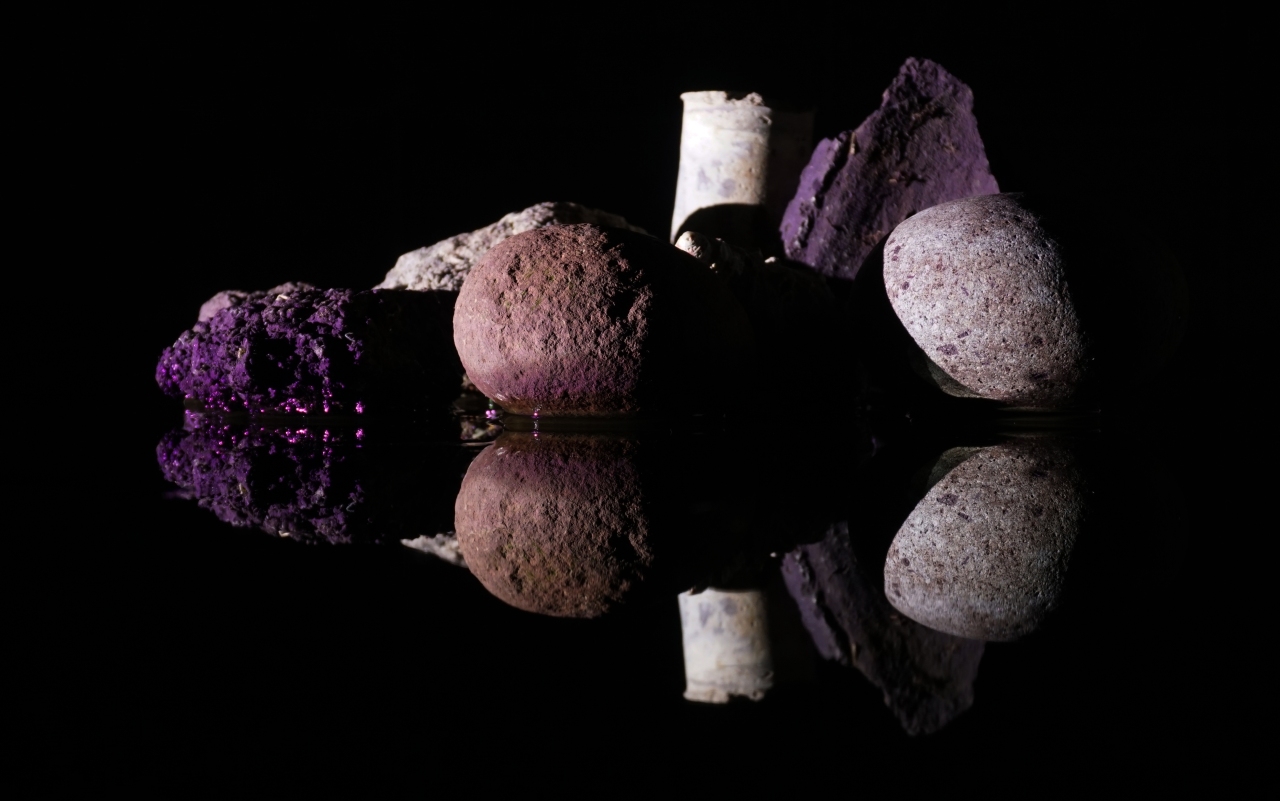 I often hear from locals that the Jeju cityscape is constantly and rapidly changing. This island once shaped by volcanic activity over a million years ago is now shaped by human activity, as developments catering to tourists steadily emerge across the landscape. There are plans to further increase tourism numbers in Jeju, and evidence that without regulation it could head in a similar direction to places like Venice (incidentally, you can visit ‘Jeju Venice Land’ as one of hundreds of theme parks on the island).
Across time and tides depicts sunset footage filmed at Seongsan Ilchulbong, a volcanic tuff cone crater, where Haenyeo women divers perform twice a day to visiting tourists. The women divers are custodians of the sea in Jeju, and are part of a long tradition of sustainable seafood collection and management, foraging for molluscs, sea squirts, algae and octopus without the use of modern machinery. The Haenyeo have also become a significant part of Jeju’s tourism industry, and are often found in souvenir shops taking the form of key rings, plush toys and tote bags.
While wandering the streets of Jeju-si, I collected discarded remnants of construction I found tucked between buildings and in exposed piles laid out in streets and empty lots. Among the bricks and concrete were also an abundance of seashells and volcanic rocks, the residue of a volcanic island city under constant transformation.
Sprawling concrete developments are contrasted by stunning natural beauty – Jeju’s main attraction. As with many holiday destinations, there is an irony and tension between tourism and environment. These tensions are here condensed into the forgotten objects that are intertwined with their surroundings. The objects retain their own agency and material history, and tell stories connecting place, time, human and non-human.

This project was assisted through Arts Tasmania by the Minister for the Arts, and the Australian Government through the Australia-Korea Foundation of the Department of Foreign Affairs and Trade.